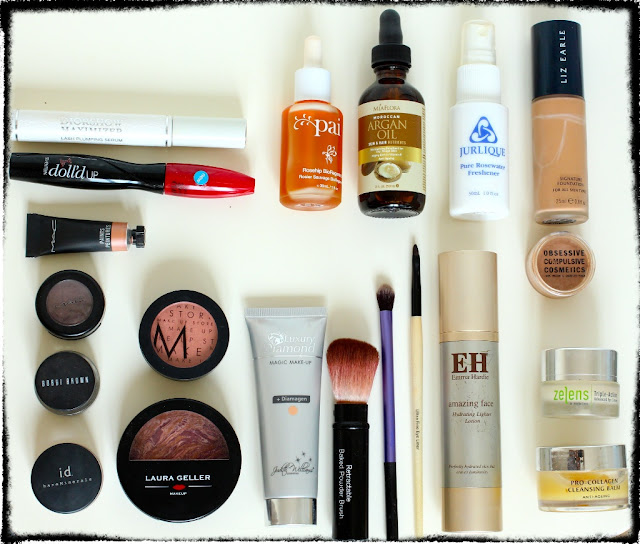 “What I Packed” type of posts are really few and far between on the blog here…I think the last one might have been a year ago! But this week, an unexpected trip to my mother’s up in Manchester required a hastily put-together bag of “essentials” for the seven day stay. Not that I had any great plans to be partying the night away up North. Far from it. But a girl can never be too careful, and as I’ve never been accused of underpacking before, I certainly wasn’t going to start now.

So here’s a little nosy into the products that made the grade and earned their place in my over night (or seven night) bag.

Cleanser
My dinky little pot of Elemis Pro-Collagen Cleansing Balm* (which you can read about here) was perfect to throughly cleanse my skin of  the day, although I remembered to steer clear of the eyes if I didn’t want them to smart all night!

Facial Oil & Spritz
Serum was purposely left out of the bag, as I opted instead for the glorious Pai’s Rosehip BioRegenerating Oil*. The hot summer sun, coupled with fasting for Ramadan, has left my skin feeling rather parched and dehydrated, so I literally revelled in massaging in this super-rich yet easily-absorbed blend of rose hip oil. Throughout the day, my saving grace was Jurlique’s Pure Rosewater Freshener* to keep me cool and bother-free, spritzing away at the drop of a hat!

Moisturiser & Eye Cream
When the temperatures rise, I literally rely on the lightest of fluid moisturisers to keep my skin hydrated,  moisturised and supple. I can’t recommend Emma Hardie’s Amazing Face Hydrating Lighter Lotion enough if you’re looking for a lighter-than-air-moisturiser that won’t shirk on it’s duties.
I’ve been wanting to try the Zelens Triple Action Advanced Eye Cream* for ages, ever since all the hype started filtering through to my ears and I’m so pleased to say that it really performs. Finding the perfect eye cream has become somewhat of a fruitless search for me, but this one, promising a three-fold attack on the problems around the eye area seems to do the job admirably. And it’s fair it say that I’ve been using it under the most adverse of conditions. Fasting means a very unhealthy lack of water, waking up in the middle of the night and what to me feels like total and utter sleep deprivation. This bad boy, though, has stepped up to the plate, banishing puffs and dark circles within a fortnight and I’m loving the effect on the fine lines too. A winner, as far as I’m concerned.

Face Base
I’m WAY overdue writing about the fabulous range of foundations (not forgetting the concealers and powders) from Liz Earle specifically for darker skin tones [note to self: get on with it!] but as the foundation I chose to take with me was the Caramel shade from the Liz Earle Signature Foundation* range, I think that speaks volumes. It looks as perfect applied with the Real Techniques Buffing Brush (which I forgot to bring with me – duh!) as it does with fingers, which is what I did this past week. Airbrushed, velvet skin with minimum fuss – another winner! My poor little concealer from Obsessive Compulsive Cosmetics in Shade Y3 (read about it here) didn’t get the daily use I’d envisaged, thanks in no small part to the fabulous results I was seeing from the Zelens Eye Cream – yay! I also brought along a new product to try out – the Luxury Diamond Magic Make-up from Judith  Williams, which I’ll be writing about for your delectation very soon. 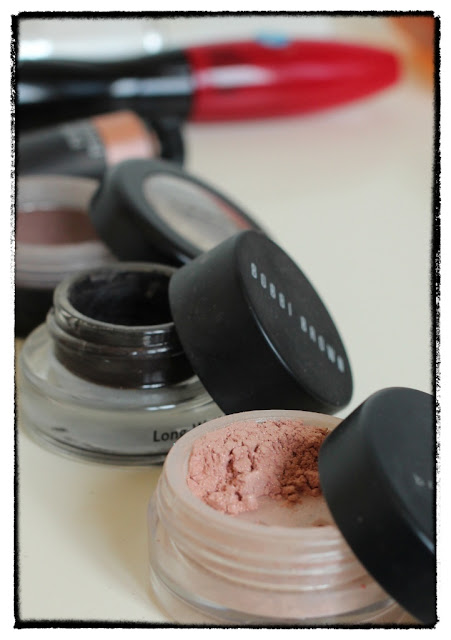 Now, I’ll be upfront and truthful and tell you that I really only used three products on my eyes throughout the week, but at least I know I had the other bits there just in case. Everyday without fail, on went the mascara. Writing this just makes me realise even more how behind I am on writing about some products that have really been wowing me recently and this duo of Dior’s Maximiser Lash Plumping Serum used under any mascara to lengthen and thicken the lashes along with and the cheep and cheerful doll’dUP mascara by Seventeen* has been ticking all the boxes for me. I’d been giving doll’dUP a whirl on it’s own for a while and getting huge compliments on it’s curling and lengthening abilities, but with Dior Serum underneath, we are talking a whole new stratosphere of lashes here. I’ve lost count of the number of times I’ve been asked if my lashes are “my own”, even by make-up artists. Dior’s Lash Serum applies like a white mascara on the eyes, which you use as a base coat for the mascara. It works with any mascara you care to use (trust me, I’ve tried many with it), but if you’re looking to save a little money without sacrificing the effect, splurge on the serum and use a cheaper mascara.
The eyeshadows didn’t really get a look in…ok, I’ll be honest and tell you the truth: I didn’t even open them. But for the record, along for the ride were MAC Paint in Bamboo, (a great base shade for Asian skin tones) Mac Eyeshadow in Fake (perfect for crease work) and Bare Minerals Eyeshadow in Clear Radiance, a long-time favourite of mine. What I DID use, however, was my ever-faithful Bobbi Brown Long-Wear Gel EyeLiner in Caviar Ink, swept over the base of the upper lashes for an eye-opening effect that got me through most days. 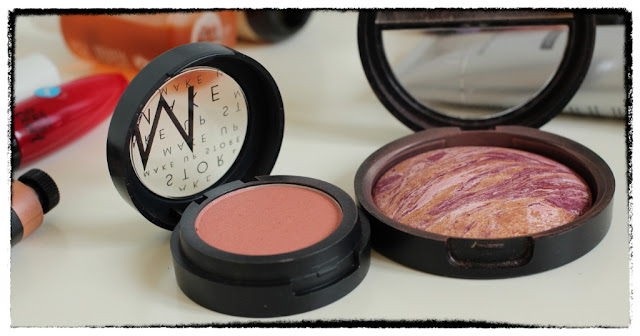 Totally unnecessary, I know, but there were two blushing babes that made the cut. My favourite Laura Geller Baked Blush’n’Brighten in Berry, (which you can read about here), and a newbie from the Make-Up Store in Sugarpink that I couldn’t resist which works perfectly to highlight tanned cheeks.

And last but not least, I present to the all-star Morrocan Argan Oil from MiaFlora*. Perfect for keeping feet, knees and elbows moisturised and free of dry skin, great for an impromptu facial massage and indispensable for smoothing through post-wash hair to keep dry ends at bay, along with a few brushes to do all the hard work; Laura Geller Retractable Baked Powder Brush, Bobbi Brown Fine Eyeliner Brush and Real Techniques Base Eyeshadow Brush, in case you were wondering.

So there we have it. The team players that made it to Manchester (and back). Of course, this doesn’t account for all the lipsticks that just happened to come along with me…. 🙂

Do you like these kinds of posts? Let me know in the comments below and I’ll do my best to do the necessary!