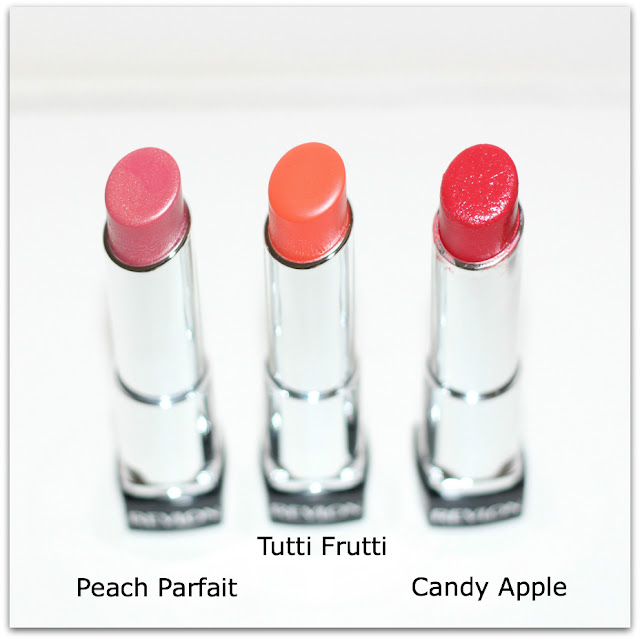 Sometimes you want the colour of a lipstick, but the feel of a balm and the shine of a gloss.  So the current breed of balm-meets-gloss-meets-lipstick just hits the spot.

You’ve probably already tried these, as they were a HUGE hit when they launched, both in the UK and in the States, but just in case you haven’t, the Lip Butters from Revlon are a make-up phenomenon for good reason.

The buttery feel and the colour pay-off reminds me a little of one of my favourite lippie ranges, Lip Chic by Chantecaille, but at only £7.99, obviously at a fraction of the price.

They are supremely sheen-y, (I found it really hard to reproduce faithfully the colours in the photographs as they are SO much so!), and even the sheerer colours are visible. 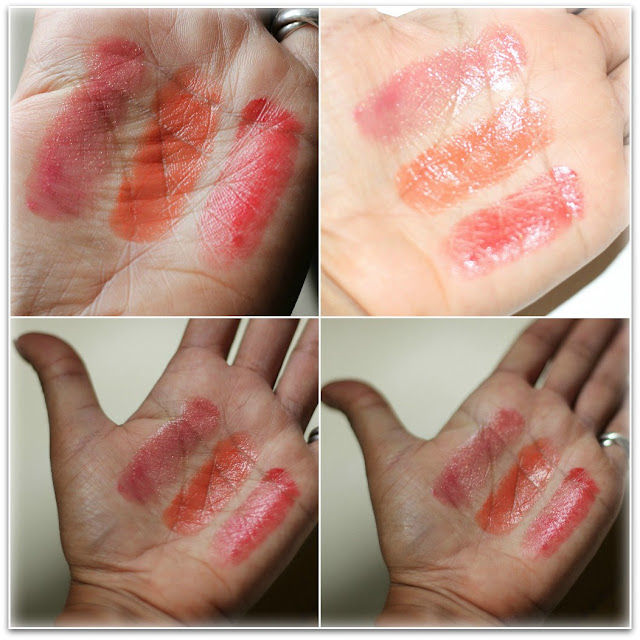 Staying power has been criticised in other reviews, as has their moisturising properties, but having worn them for a few days, I have to say I have no issues on either score, and in fact, I think I’m slightly addicted to their faint vanilla scent. I’m perusing the shade charts to check out my next Lip Butter score as I type….. 🙂

If you’re as addicted as I am, let me know which shades do you think I should try out next?

p.s. I bought these on Buyapowa – if you haven’t signed up to their emails, you really should, I’ve managed to get some great deals on beauty products on there 🙂

p.p.s. Re the moisturising properties, what I meant was, they weren’t as moisturising as say, a dedicated lip balm might be, but I certainly didn’t find they dried out my lips like some reviewers have found.  And while the Lip Butter was actually on my lips, my lips felt hydrated and soft. Hope that helps!