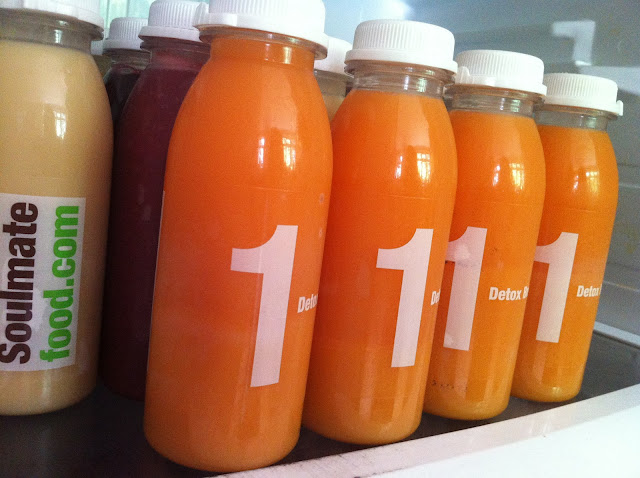 What is it about the summer holidays that gets us all in a frenzy about our appearance.  As predictable as ever, a few weeks before the planned (and now delayed) holiday, I got busy with a detox.  It was ever thus.

This year’s abstinence was going to be more hardcore, more puritan and more on-trend than any detox I’ve undertaken before.  Yup, you guessed it, I went the whole hog with a Five Day Juice Cleanse.


Now, there are many companies offering to deliver you umpteen bottles of juice to help you cleanse your insides, but not all will deliver to addresses outside of the central London postcodes.   I opted for the one by Soulmate Food and I’m so glad I did.

The customer service was second to none, with phone calls to check if I’d received my juices, follow-on calls to check I was on target, and regular tweets to keep my motivation high.

The quality and variety of the juices was also perfect – enough variety to keep my interest over a five-day period, but not so much that it all became too confusing trying to decipher which juice to have when. 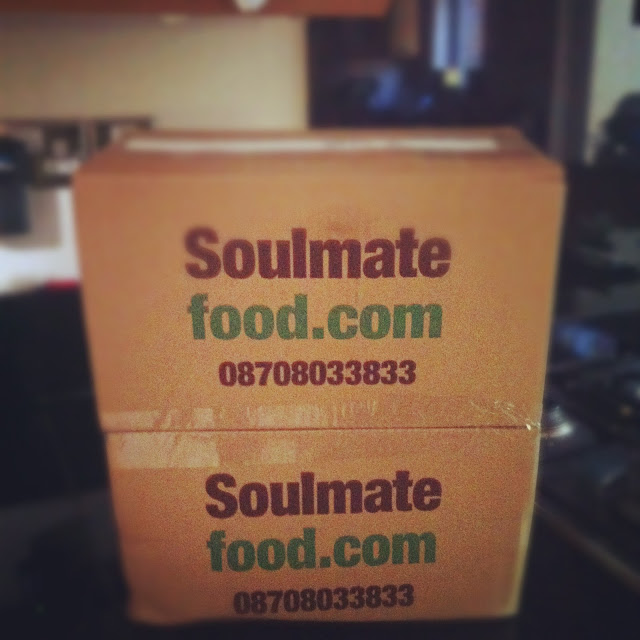 Basically, the morning I was due to start my detox, I woke up to find a huge package containing 30 bottles of juice, packed in a cardboard box kept cool with ice-packs, waiting for me outside my front door.  It was almost as if the juice fairy had visited my house in the middle of the night.  As soon as I could, I put the whole lot into the fridge.  They come numbered, so you know exactly in which order to drink them, although in general I can’t imagine it would make a huge amount of difference if you decided to change the order around a bit. 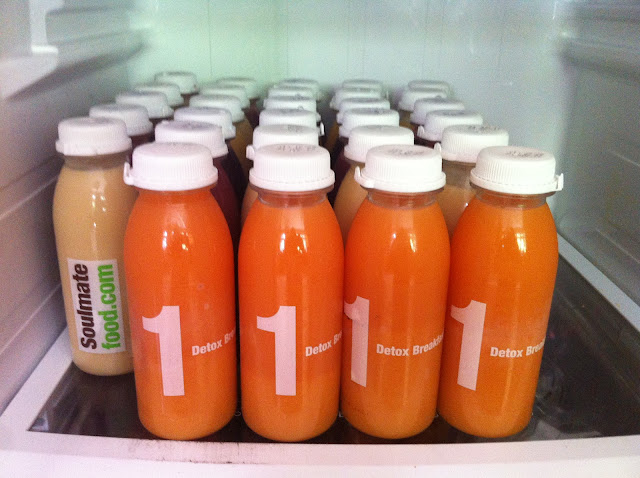 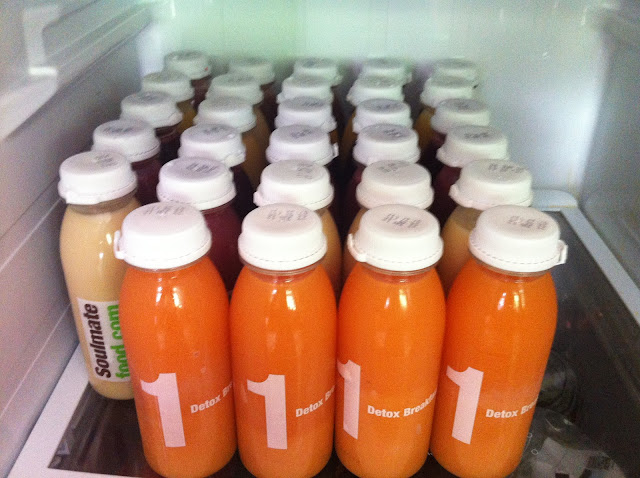 I know I could have made the juices myself, but the hassle of doing that (the shopping, the planning ahead, the cleaning out of the damn juicer) would all have been just another reason for me NOT to stick to it.  This option was obviously more expensive (£200 for the five days) but I definitely think it’s worth it if you are committed.  Even on days when I was super busy and knew I was going to be out for a few hours, I just popped a couple of bottles into my handbag and stuck to the plan.  No tempting me with any canapés or drink!!

I’ll admit, the first day was HORRENDOUS.  I was expecting to feel awful on Day Two, when the body really reacts to the toxins leaving the body.  I mean, in general, I’m a relatively healthy person, or so I thought.  But by mid-afternoon of Day One, I was literally on my knees with a throbbing headache which would just not go away.  Admittedly, I was stupid enough to have gone to the gym in the morning, and by just after lunch was beginning to feel bad, so I probably didn’t drink nearly enough of the 2 litres water that is recommended daily.  So I went to bed with what felt like 50 men hammering inside my brain and work up with quite headache too.

By the end of the second day, I was feeling human again and by Day Three I was full of energy and smiling at everyone I met (sorry if I grinned too much at you).  My skin looked fresher, more radiant and almost plumper, no more under-eye-puffies, and I was generally waking up before the alarm, and certainly not cursing it when I slept right up until it rang.

Friends could see a huge difference in my skin and energy levels, and although they said I had lost weight, I have to say I couldn’t really see it.

Until I stepped onto the scales, that is.

After five days I had lost 2kg.  Of course, if one’s not eating and only drinking, one’s bound to lose some weight, and realistically expect to put it back on when one starts to eat.  But it was a great feeling and really helped me to feel super confident in my Herve Leger dress that I wore to a party on the night I finished the detox.

Would I do it again? In a flash.  I would say that it’s best to choose a time when you can minimise your social engagements, to keep yourself away from temptation.  And even if you’re not tempted to cheat, it’s not much fun watching everyone else chomp down on a three-course meal while you sip away daintily at your juice, as yummy as it is.

Which brings me to the actual juices themselves.  They are a mix of fruit and vegetable, with the emphasis on the fruit, which makes them all the more palatable.  Many of the juices are actually more like smoothies, so they’re more filling than you might first imagine.  They range from a zingy Carrot, Orange and Ginger juice for breakfast to a yummy Pineapple, Banana and Cocomut for the morning snack, to an even yummier Strawberry, Banana, Grape and Orange for the last one of the day.  I’ll admit, the Apple, Beetroot and Blackcurrant one was not my fave for the first two days, but even that grew on me, and I quite got to liking it.

The idea is you sip each juice over a two hour period, starting each juice every two hours.  So, if your first juice is at 7.30am, you’ll be starting your last juice of the day (6th juice) at 7.30pm.  This way, you keep from feeling hungry (hunger was never a problem for me on the juice cleanse, but the lack of crunch and chewing was hard during the first two days).  The carefully selected juices improve the efficiency of the body’s functions digestion, so that you feel good from the inside out.  You’re effectively taking in around 1200 calories a day, so it’s not terribly low-cal, as it’s not meant as a weight-loss programme – the emphasis is on cleansing and detoxing, not shedding the kgs!

I might even do it again as a post-holiday detox, to make up for all the excesses I thoroughly intend to partake in!

Have you undertaken a fabulous detox that you think is worth trying? Let me know!