I used to be first off with any new technology – an early adapter, I think it’s called.  But these days, although I’ll make sure I have the latest gadget, I’m not really that bothered about getting to grips with it.


And that’s how it went with the Xbox… until now. 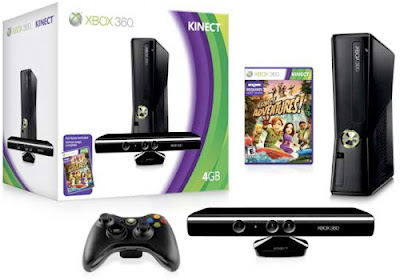 I’ve had an XBox and Kinect box at home since December but it remained unused (by me, at any rate). My ten year old son was self proclaimed King Of The Xbox!  After attending a fun launch event at the Matt Roberts studio in the heart of The City and trying out all the different games, exercises and activities, I’m now a convert, even after having embarrassed myself trying out all the Kinect activities in front of everyone there – including the beady eye of the very dishy Matt Roberts himself!

While I’m on my fitness kick, this just makes easier, especially as the weather has been so bad and I can’t face going out for a run or even to drive to the gym – yes, ultra-lazy, I know!  There’s lots of sports based activities in Sports and Sports Season 2 such as bowling, football and track & field – yes, I’m gearing up for the Olympics!  There’s even a beach volleyball game, and if there’s anything that can give my the physique of an Olympic beach volleyballer, then trust me, I’m all over it!

There’s also the dance off in Dance Central 2 in which I busted some moves and tried to keep up with the impossibly co-ordinated version of me on the screen.  Ahem.  Let’s just say I need a little practice on that score.


When I’m feeling like I need to punch out the stress, there’s the UFC Trainer that really worked up a sweat – and I only did it for about five minutes! It’s kicking boxing with serious punches and kicks needed to get through the levels, and incorporates mixed martial arts, so I’ve been loving this one when I’ve needed to release the stress – with a workout include to boot!

The one I’ve been using the most is Your Shape.  It’s like having a Personal Trainer (PT), but in my own home, when I need it, for as long (or as little) time I have available and best of all, without spending £40-50 per session.  There’s cardio boxing, ab routines, leg routines and even bootcamp routines – all perfect for my FitBod campaign.  As a girl who uses a regular PT once a week, I can really see this boosting my fitness and my strength, along with my core strength and stamina.


Move over ex-King Of The Xbox…. There’s a new Xbox fanatic in town!